In this day and age, polarization on Earth seems to have increased dramatically. It’s been a long time since people and opinions were so opposed to each other as they are now. Some swear by empirical science. Only what can be perceived with the senses is truth. The other believes he or she is a soul, communicates with aliens, and works with energy. A third is convinced that everything is one and that duality, time and space do not exist. Who’s right?

All three are correct. There is no single truth. The reality we live in is multidimensional. There are numerous truths that coexist. For the purposes of this article, we will divide them into three groups. The relative reality, the spiritual reality and the absolute reality.

Within this truth exists only what you can perceive. Only what can be scientifically proven with multiple double-blind research publications, involving randomized subjects, that are also peer reviewed. This is the reality of everyday life. The dimension of time and space, of duality and opposites and of good and evil.

Man is a physical being, death is the end and consciousness arises in the brain. The planet we live on is a resource and all life is subservient to humans. Free will is a high good to which every human being is entitled and is associated with the brain.

This truth assumes that relative reality is a hologram, or a matrix. Human reality has an origin in the Soul. Man is an eternal being in the temporary form of a person. A person with karma, guides and higher gifts. The Universe is vast and multidimensional. There are countless other civilizations living on other planets. Mother Earth is a living being that is changing in vibration to new dimensions.

Humanity is moving into this new frequency, a process that is described as: 3D to 5D. Duality exists in a much lighter form. Good and evil translate into light and darkness. Consciousness is the field in which everything happens. The brain is a receiver and a translator of the collective field. Free will springs from within the Soul and determines how life is experienced. Everything is a choice. Man is creator of his own existence.

Everything is one. Duality does not exist (non-duality). Time and space are illusions that have sprung up in the human mind. Also, different dimensions do not actually exist. There is no inside and no outside, no yin and no yang, no coincidence and no Soul. Everything is a large collective awareness, in which phenomena appear and disappear spontaneously and through cause and effect. The eternal NOW.

Free will does not exist. There is no form of Self to which free will can be related. Man is the I AM (Advaita Vedanta), the Buddha nature (Buddhism) and the Spirit (Gnosis).

These three realities are increasingly merging in this day and age. Despite the polarization, more and more people seem to be awakening from relative reality. They experience that there is more than can be demonstrated by the senses.

Also, the realization dawns that the world we live in is a Matrix, an illusion that in fact does not exist. The spiritual reality reveals itself. Often the realisation dawns fairly quickly that everything is one. Absolute reality mixes with relative and spiritual reality. The conditions for self-realization have been laid down.

The Bridgeman Method embraces these three realities consisting of scientific research, spirituality and non-dualism. Together, these three fields form the pieces of the puzzle that leads to the HOMO UNIVERSALIS. The new man. The master of three worlds. 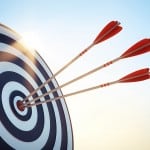