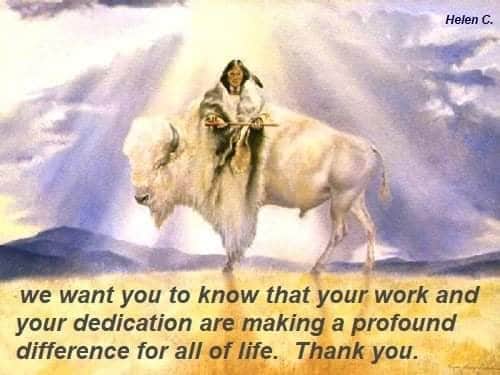 There was a lightworker at the gates of heaven

There was a lightworker at the gates of heaven. It was literally heavenly there. A wonderful light surrounded him and he had already greeted his deceased ancestors.

Around him was an atmosphere of love and freedom.

An enormous light being lovingly welcomed him. “Glad you’re here. First, we’re going to go through a questionnaire to see which Heaven’s Gate you get to enter. The big one, or the small one.” said the creature.

The lightworker was happy and satisfied with his life. He had done well. In his practice as a coach and healer he had helped countless people. His articles and books inspired thousands. He had contributed considerably to the vibration of humanity, he thought.

“Good” said the creature kindly, looking interestedly at the questionnaire. “There we go with question one:

What have you done to reduce the power of the 1% richest in the world and redistribute wealth to all people?”

Startled, the lightworker looked at the creature. He didn’t know what to reply. “Not much I understand” the creature said forgivingly. “Then we go to the next question; what have you done to stop the disappearance of hundreds of thousands of children a year, with horrific things happening to them?”

Struck, the lightworker looked at the ground that was made up of clouds. “Um… um…” the light being looked at him hesitantly. “Again, not much. Fine, question three: What has been your role in reducing the suffering of people in refugee camps?” Again an empty look in the eyes of the lightworker.

The creature began chewing on her pen somewhat nervously. “Reducing the six billion animals slaughtered annually in the bio-industry?” The light being looked at the lightworker a little more intrusively now. “Then have you done anything for the Indians, the Palestinians, or the Tibetans who are so oppressed?” No response. “Maybe you’ve done something to stop the deforestation of rainforests? Or the pollution of oceans and air? No, either?”

Slowly but surely, the light being begins to lose her patience a little. “Dear lightworker, have you done anything to prevent wars, or help people in poverty? Or reverse the oppression of humanity? Have you shone your light on the wrongs of the world, or at least written something that would inspire others to do something about it?”

The lightworker feels tears welling up. He didn’t expect this. He thought he had done well. By setting up a successful practice after his awakening and retraining as a healer. By meditating a lot and influencing the vibration of the collective positively. By not paying attention to the negative things in the world. Because what you focus on grows. That was the answer! “Er… Ma’am” said the lightworker menacingly. She looked at him tenderly. “I just didn’t focus my attention on that, because what you focus your attention on grows.” There, that was it. He was pleased with himself.

The light being accidentally broke her pen. Just like that, the thing snapped. Pity, it was her favourite pen. She felt a shiver go over her wings and decided to remain very patient. Breathe in…. Breathe out… She looked straight into the lightworker’s eyes. “My dear fellow, you’ve been misinformed I’m afraid.” She said.

“What you pay attention to grows, you say… This is true in the third dimension of consciousness. Because attention in that dimension is often charged with struggle, or anger, or fear. Then, when you focus your attention on something, you are indeed feeding it.

But from the fifth dimension of consciousness, it is different. Because attention is then charged with love and compassion, you TRANSMUTE the very thing you are focusing your attention on. You turn it into love, you know?” The lightworker could go through the ground though. Or rather by the clouds beneath his feet. He would have known! They had told him this. He just never wanted to take it.

“But those oppressions and that child trafficking, those were conspiracy theories, right? Those only create more fear, right?” Tried the lightworker again. The light being shrugged her shoulders. “That’s what they would like you to believe, down there. You are a bit fooled dear lightworker. By calling the abuses conspiracy theories, those responsible for those abuses have found an ideal way to continue. Do you for instance want to claim that it’s not true that 1% of humanity has 99% of all wealth while 2 billion people live in poverty? Or do you think that the hundreds of thousands of children who, according to official figures, disappear every year are off to a secret party? Maybe you don’t believe in the control society in China and that it is slowly but surely being rolled out around the world? Or maybe you think that governments and corporations have people’s best interests at heart?”

The lightworker gasped. The way the light being was putting it now, he had never seen it. It all makes sense! He had just stayed away from all those plots. He thought he was doing the right thing, but now he realized that in doing so he had actually looked away. And by looking away he had helped make it possible! He felt a ball in his stomach that seemed to be getting bigger and bigger.

“You lightworkers are being sent to Earth on a mission.” continued the creature. Her frustration was now easy to see. This was yet another lightworker that she unfortunately couldn’t let in. That touched her. “Your mission is to transform first the darkness within yourself and then the darkness in the world. Of course, healing others is important too, but if on the other hand, you keep allowing trauma to arise from war, abuse and oppression, what are you really contributing? You, dear man, have had a wonderful life with all the trimmings. Financial success, happy clients, beautiful experiences, nice friends, a nice family. You are more than welcome to this and, after all, it is your own positive karma that created this life. But you have done nothing for people and animals in real need. Where is your compassion dear man? Where is your heart?”

The light being looked through the light worker at the clouds behind his feet. “I’m sorry, I can’t let you in. You failed the test…” the lightworker looked at her with tearful eyes. “The test? What test?” He stammered…

“You are sent to Earth on a mission. But Earth and everything on it is an illusion. It is a hologram, a matrix. Humanity itself creates the content of that matrix with its DNA programs and its collective beliefs. You lightworkers are sent to influence humanity to adopt other beliefs and to create a different matrix. One of love and harmony. We call that moving from 3D to 5D. From the third dimensional matrix of fear and power, through the fourth, to the fifth dimensional matrix of love and wisdom.”

“But that’s what I was doing anyway!” Shouted the lightworker a bit louder than was proper at the gate of heaven. The deceased behind him, in the ever-growing line, began to smooch with each other and looked at him. A little softer he continued “But I did, didn’t I? I helped hundreds of people in their transformation. And I did everything I could to make the vibration as high as possible, in myself and in the people around me.”

“Those things you did well too” nodded the creature. “But you forgot the most important thing. Shining your light where it is really needed. What do you think would have happened if lightworkers like John Lennon, Gandhi and Martin Luther King had focused on their practice and let go of the real problems? And they also lived in a period with a much lower vibration. Nowadays lightworkers don’t even get killed for their work like they did back then. It’s super safe.” The creature sighs. “You’re not the only one, though. And it’s not easy either. They send you into the illusion without clear instructions. You have to figure it out for yourself over and over again. Anyway, I can’t let you in…”

“What does that mean?” Asks the lightworker. “What am I supposed to do?” The creature smiles. “You may have another round. If you had just done your job you would have been free now and allowed to incarnate back on your own planet. However, because you have been sidetracked this life, you may now have another go.” The lightworker looked around a little uncomfortably. It was crowded at the gate of heaven and by now there were a lot of souls standing around the two of them listening in.

“Oh well” said one. “What difference does it make one round more or less. This time you’re just going to do it differently.” The lightworker turned toward the soul. “Did you do it differently then?” He asked. The soul smiled broadly. “Yes! I was allowed to do regression sessions with Indians to help them process their traumas. And he,” the soul pointed to a soul next to him. “He dedicated his life to saving children from the hands of human traffickers.” The two souls nodded to the light being. She nodded back and they walked on. “We’re going home!” called one over his shoulder. “Enjoy your last round!” The two souls disappeared through the gate of heaven.

The light being looked at the lightworker. “What are you going to do differently this time?” He thought. “Well, I just want a good life for myself again.” She nodded. “Besides that, I just really enjoy coaching and healing people.” She nodded again. “But this time I will add that I am going to make people aware of the oppression by the 1% elite on Earth. I’m going to get active and shine my light where it’s needed most. I will also do one other project. Either with human trafficking, refugee camps, or bio-industry.” The light being clapped her wings joyfully. “That’s fine!” She said. If each lightworker chooses one project, you can make a huge difference together. There are hundreds of millions of you on earth after all!”

And so it happened. The lightworker said goodbye to the light being and walked through the small door next to the sky gate. Behind the door was a small room where he could catch his breath. He rearranged his karma, tinkered some more with his DNA programs and gave a lick of paint to his life mission.

Then a door opened on the other side of the room. Determined and without further ado, the lightworker stepped through the door. 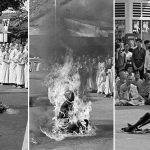