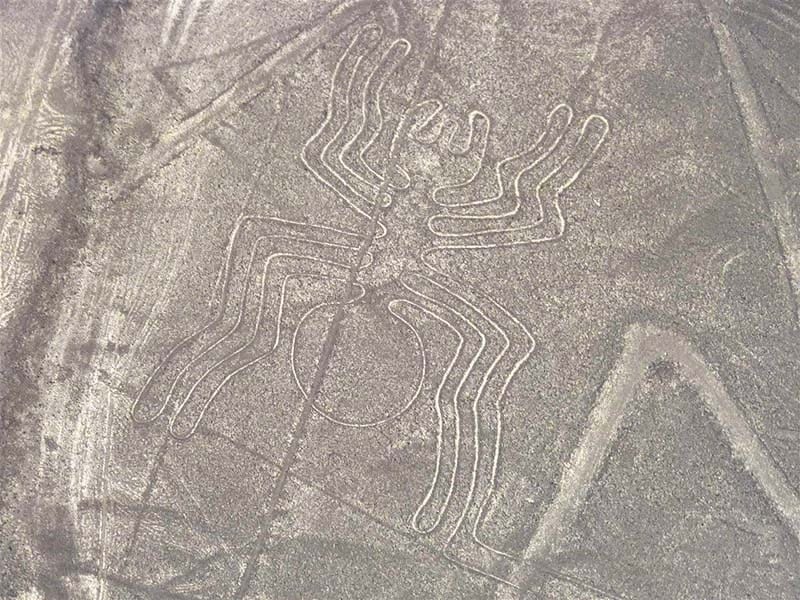 When I was about 19 years old, I flew with two friends in a four-seater Cessna airplane over the NAZCA lines in southern Peru. The device had had its best days and was rattling a bit. I remember the positive excitement it brought. But the view was worth it… We looked down richly to behold the ancient lines and geoglyphs. There were animal shapes like a spider, a monkey and a llama. But also geometric shapes, spirals, flowers and… A figure that looks a lot like a Martian (photo). Well, doll. Some drawings are 200 to 400 meters in size and 30 centimeters deep. The Nazca lines were rediscovered in 1920 by an airplane flying overhead. The whole area is 800 km2. The lines were made somewhere between 200 and 900 AD scientists think. However, the area has been inhabited for over 10,000 years, so older is also possible. But how did the Nazca Indians back then create these huge shapes without planes and satellites? And especially why? There are several theories going around about the manufacture. One is that the Indians would have had air balloons. Another is that they drew the lines using scale models. And why? Was it for spiritual reasons? Or was it an ingenious water system to irrigate the gardens of the Nazca? Were they portals? Or landing pads for spaceships? Nobody knows for sure. You understand that my favorite theory is that the lines á la crop circles are made by, or in cooperation with, extraterrestrials. In any case, the Martian is going along with this theory nicely. I watched him with my own eyes and remember the wonder I had at the time. And still… Is that true? I don’t know. Judge for yourself. At

Gaia.com I just came across this series. 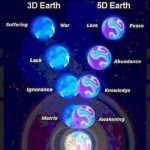