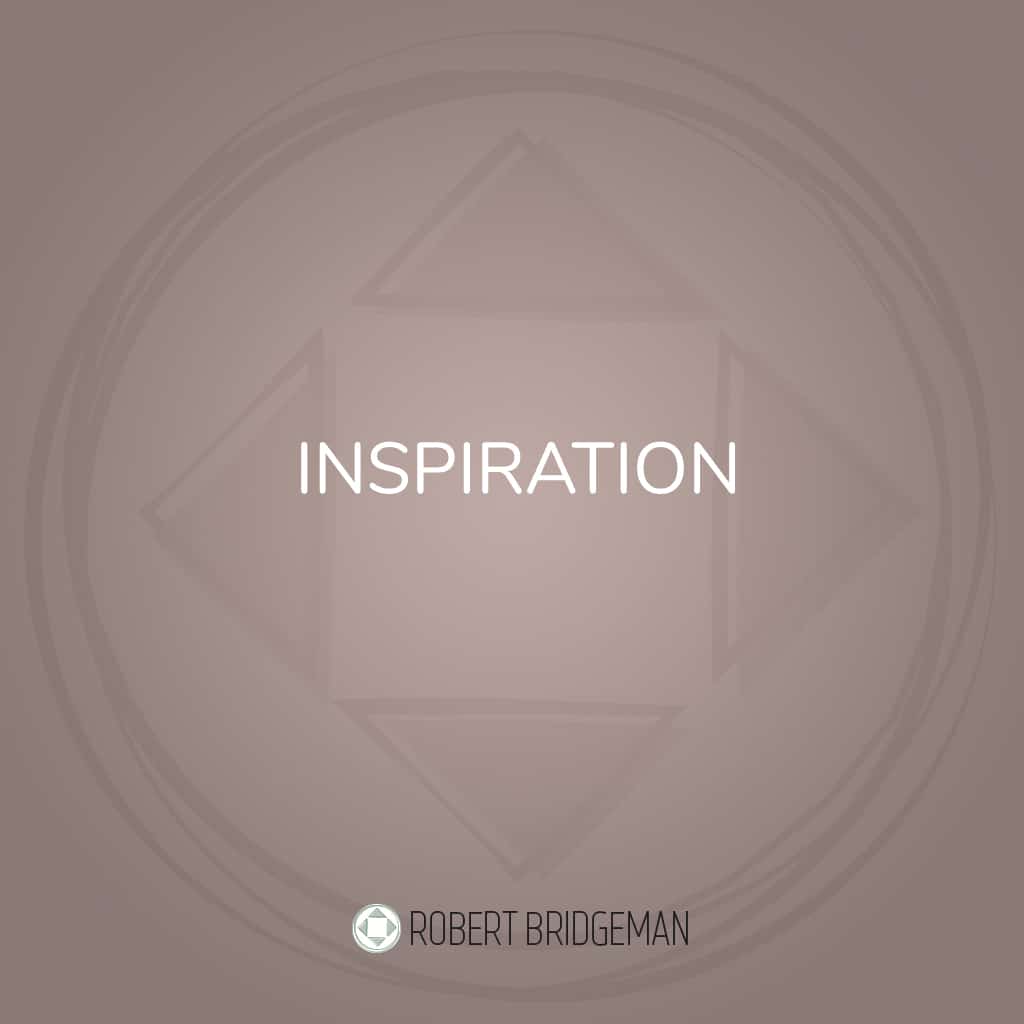 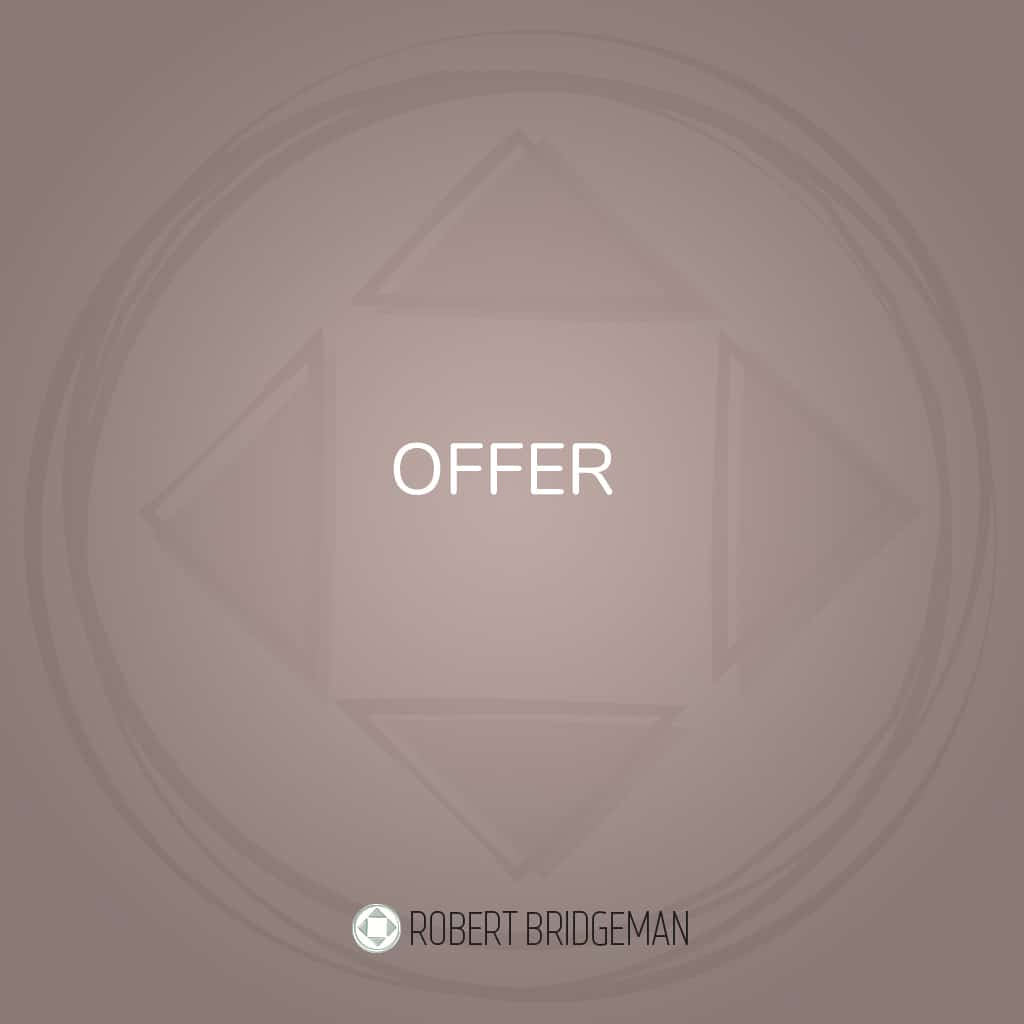 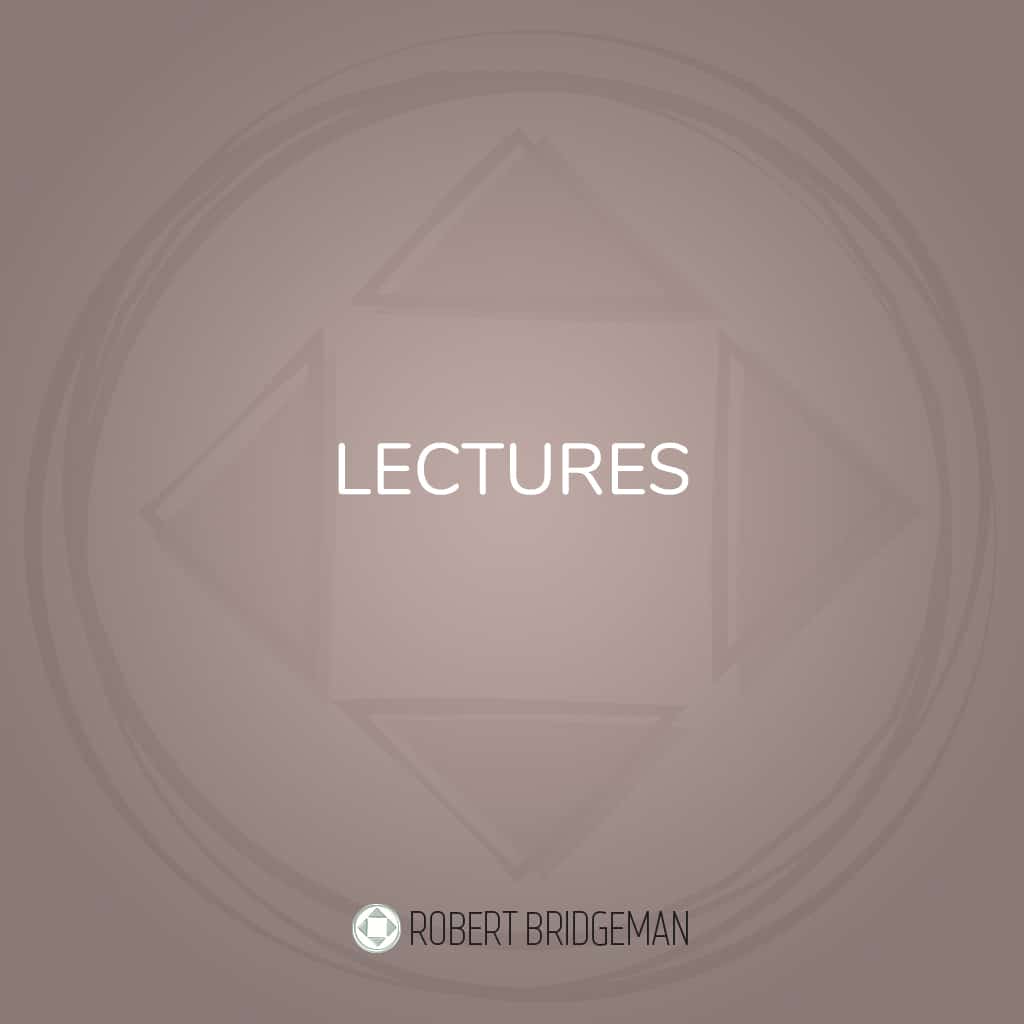 What if everything you think you know turns out to be different?

The year is 2044. Humanity lives in a matrix of oppression that started in the year 2020. Unaware of the forces that hold the world in their grip, Simon works as a high-ranking civil servant within the Ministry of Truth in The Hague.

Then he is kidnapped by the resistance movement and discovers the truth.

What forces are running the government behind the scenes?

What role do extraterrestrial civilizations play in the galactic war in which humans are the playthings? 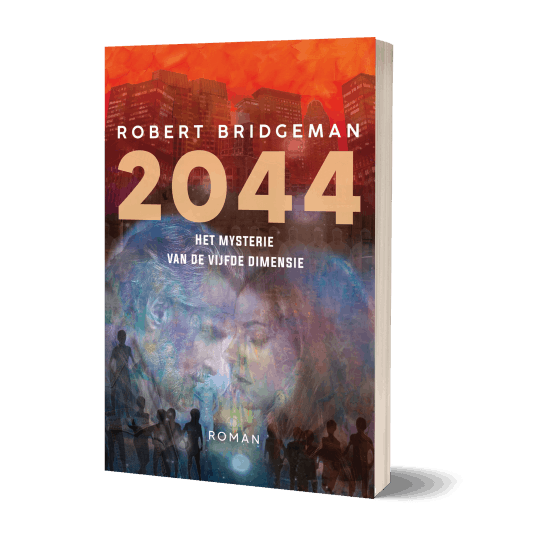 The path to love is our spiritual destiny

View the possibilities to book Robert as a speaker here. Bookings are made through Speakers for Good.

Have you always wanted to know about Robert? Here you can read the biography.

Book Robert as a speaker

Lightworker, writer, meditation teacher, documentary maker and social multi-entrepreneur. For the past 10 years Robert has been studying ancient cultures, prophecies and writings that tell of the birth of humanity and the unfolding of the New Earth. Robert founded Bridgeman Lightworker Academy together with his wife Monique and is committed to the shift from 3D to 5D which humanity is facing now. Robert lives with his family at the retreat centre Terra Nova, in the middle of the mysterious Cathar country on the edge of the Pyrenees. He is actively involved in raising awareness of the consequences of, among other things, the bio-industry, the oppression of indigenous peoples, worldwide child abuse, situations in refugee camps and the increasing oppression of humanity. Robert also lectures and trains within larger organizations, banks and governments through his company Human Potentials to bring love and light where it is needed most.

Book Robert as a speaker 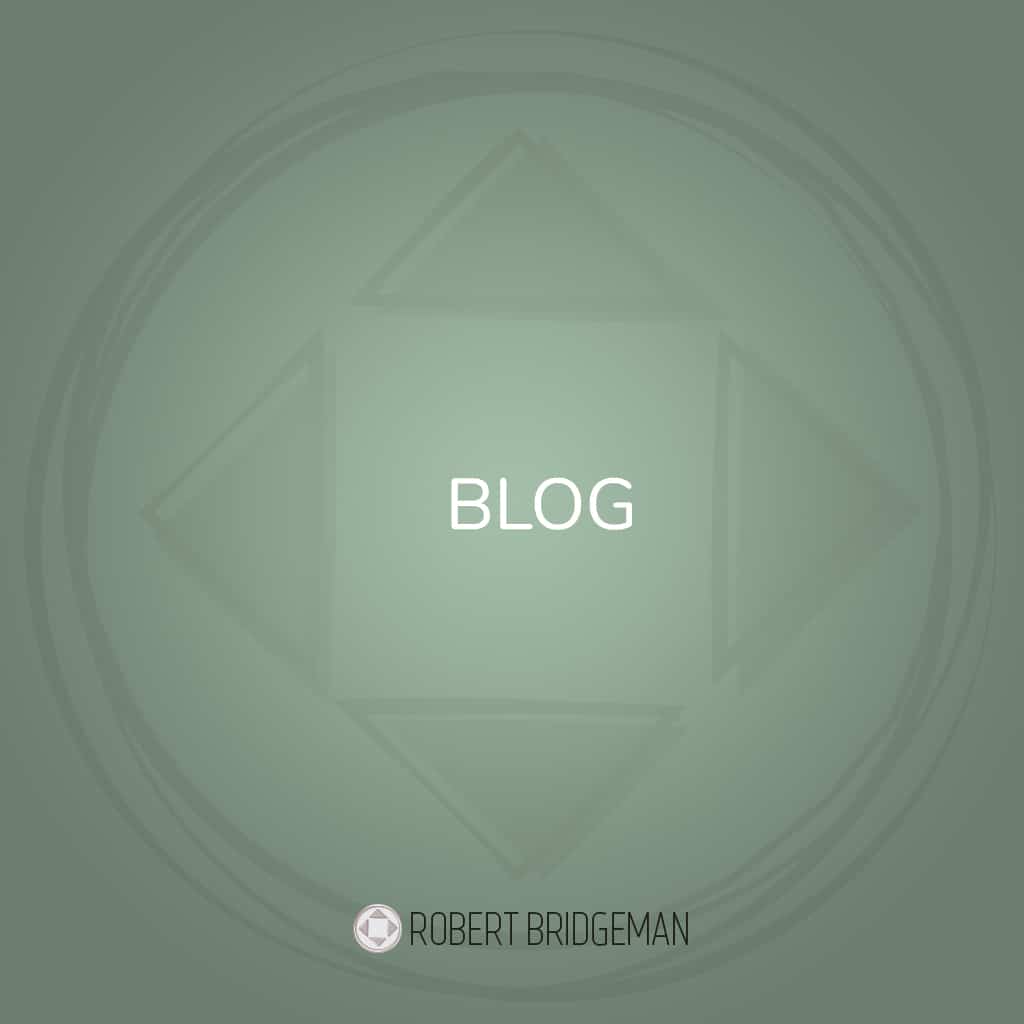 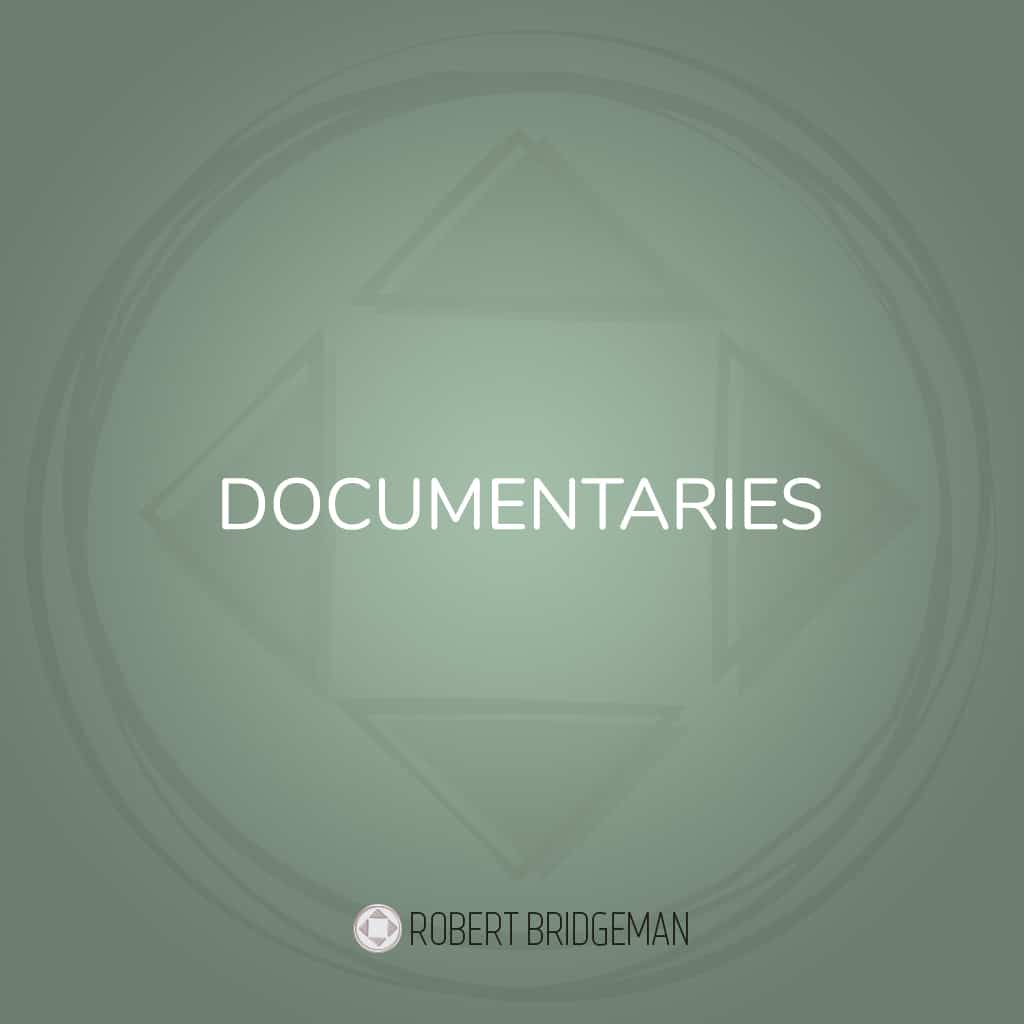 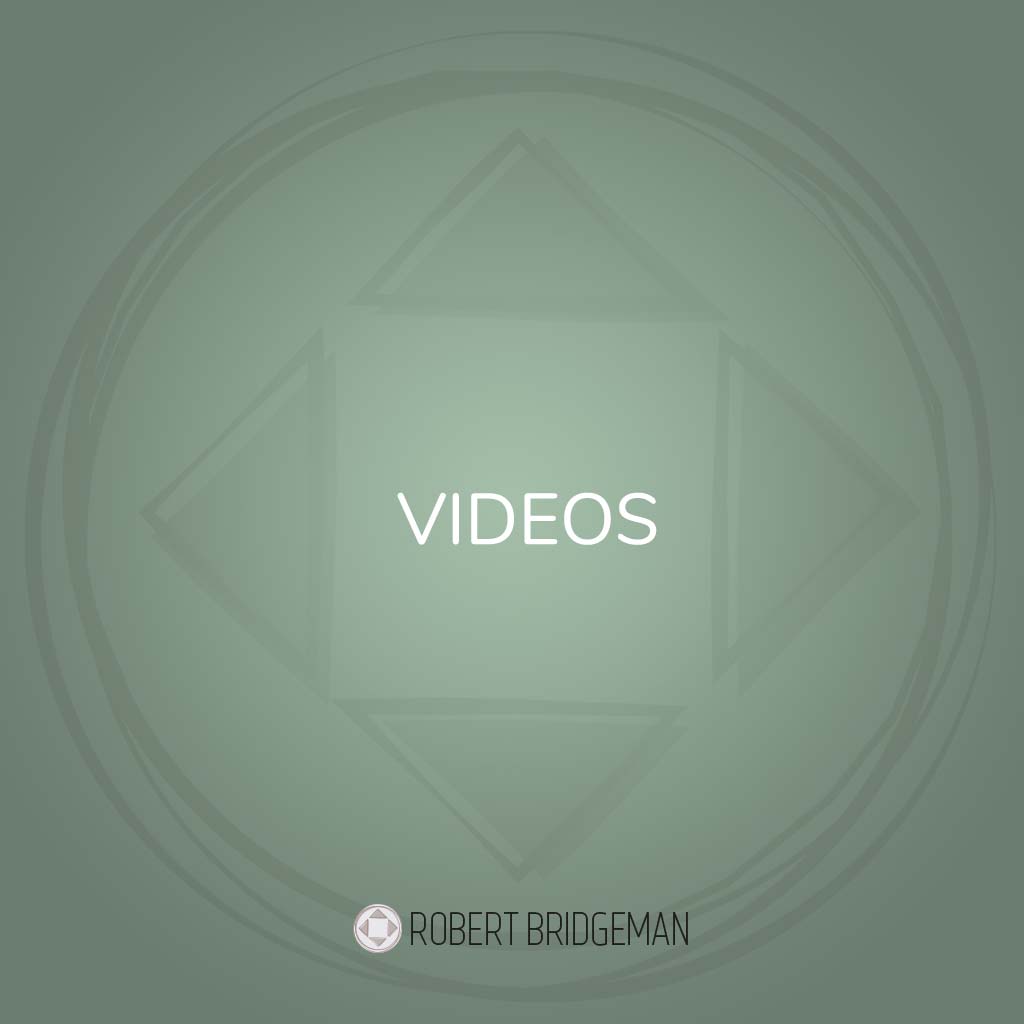 *This is Bridgeman’s newsletter. Sign up to receive free online challenges, podcasts, e-books and more news. 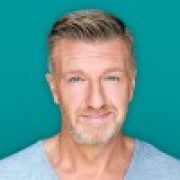 “He is a master. He knows so much and explains that knowledge and wisdom very well and accessible. He's a good friend, a wonderful beautiful person, and I think he's a respected writer and teacher. The value Robert can add to your life is indescribable. You can only discover that by experiencing it yourself. Terra Nova is therefore the place to meet him. He is a bringer of light and consciousness for many people on this planet in this lifetime. Namaste” 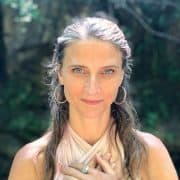 “Robert, A Man with a Mission. And he wears it! Through its inspiring versatility. He uses everything that really suits him to focus attention on that where Love and Light may – must – flow. Robert, An inspired multitasker. Charismatic, generous.
What touches me deeply is the effortless collaboration within co-Creations that we spontaneously facilitated several times, as if we had never done anything else. And if you who are reading this haven't seen his documentary 'More than a pipeline' yet… An absolute must. Robert, A Man with a Big Heart. A man after my heart. ”

"I was lucky enough to get to know Robert. The funny thing is, we are different in life but he doesn't care! He comes to you with all his possessions and he starts the discussion. Or rather: conversation.
I have Rarely have met someone who is so uninformative. In the beginning I thought, he is going to respond and so I'll just brace myself. Not necessary, he takes everything you say seriously, so that your own statements start to echo back. is it confronting!
You don't work with him, but by surprise you go work with yourself.
Yes, I thought, that's what a TEACHER does, someone who knows more than you but also wants to learn from you.
I suddenly felt responsible." 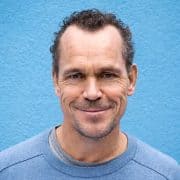 "Robert is an experiential expert of the good kind: first he had to experience it all himself, but then he decided not only to keep his acquired insights to himself, but to share them with us, the restless..." 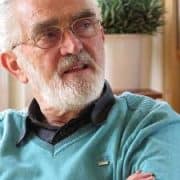 "Robert was a manager in the business community but got stuck - partly due to a divorce. That was the moment for him to seek refuge in spirituality and he signed up for the yoga meditation course in my center. He turned out to be a smooth student. It's great how he developed further by following retreats and other courses. I admire him how he can now guide so many people in their awareness and transformation process due to his attitude, aptitude, development and organizational talent." 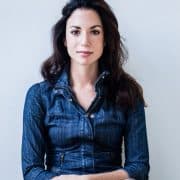 "I don't know anyone who, with so much dedication, makes himself available for the greater good of all. For small and large events. He works with accuracy, care and with eyes without the eyes. He is a feeler and a forerunner in this 'time' of this space we live in. He takes the steps, goes up the mountain and then shows the mountain. His word is Gold. His hands and heart too.

Have the love to experience this unique love in your life." 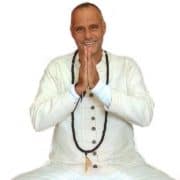 "I know Robert as a sweet, gentle and intelligent friend. As always I look for the similarities and not the differences and we both get the best from East and West. That which really works. Without dogmas and with the commitment of our service to turn this (and other worlds) a better, lighter place of love. As his biography already indicates, he has taken the most beautiful and best from various movements. Not even stuck in one religion or movement. But with the deep realization that all rivers in the sea. 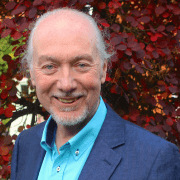 "Robert has great insight into the potential of human beings individually and collectively. This maybe one of his greatest gifts – he has many. It enables him to support people to recognise their value to the world and embrace their potential. It’s been a blessing to me that he’s seen that in me so that we’ve shared a growth path that’s brought us together as “transformationist” brothers." 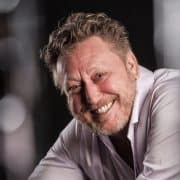 "A light wizard I would call him. Both a wise, old soul, in a young, resilient body, and disarmingly honest about his own shortcomings. A fighter for the good cause with a pen, faster than light. We are happy , proud and delighted to be able to publish his first novel. The book in which he tells his story from the depths of his soul. Ladies and gentlemen: Robert Bridgeman!" 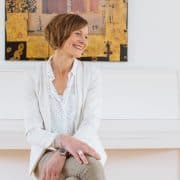 "Robert concretizes spirituality. He lets you see, hear, feel and experience that you are more than you think you are. And that there is more than you think. Especially if you clean up your old patterns from the inside. And he helps you with that. He knows how to lead you to your essence, with all the beautiful consequences that entails. From more happiness in life, success at work to health in body and mind. At a lecture, event, training, retreat or whatever with Robert, you feel a new truth awakening in yourself. There will be hope, love and connection. A meeting with Robert will impress you". 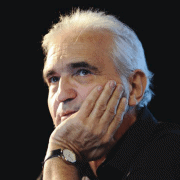 "Robert is a soul mate for me. Like me, he has been working on personal transformation for years. Proactively liberating potential instead of reactively fighting problems. I recognize in Robert a wisdom that only comes if you have experienced a lot yourself. There are things you can never learn from a book. Painful experiences are often the door to the depths within ourselves. That's how you can really become a guide. It's also why the methods Robert teaches work. They have been tested in practice. Highly recommended! Jan Bommerez, auteur van 'Kun je een rups leren vliegen?"

"The courageous turnaround that pioneer, spiritual inspirer, coach, trainer and friend Robert Bridgeman made in his life turned out to be the impetus to give orientation to many thousands of seeking people.
The fruits plucked from the mountains and valleys of his own quest are a rich harvest. They contain the seeds he deliberately planted for the greater good and from which grew an attractive orchard full of new possibilities. Therapists and coaches-to-be, care providers who were looking for more depth and people who got stuck in their lives and who needed to be guided through the jungle of spiritual logic, were invited to enter this new earth and taste its fruit. This orchard has since expanded into a kind of food forest like an airport, a platform where direction-seeking travelers can untangle and find a new destination. What an undertaking and what timing!
I respectfully take my hat off to people like Robert who have the courage and the qualities to cultivate such a hopeful and fertile field, providing much-needed direction indicators for many in a chaotic world". 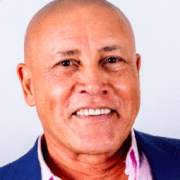 “In my long life as a researcher, adventurer and teacher of people who want to develop and grow into the best version of themselves. On my path I come across other teachers whom I respect but who don't really stand out from the other teachers and every now and then I come across someone I am deeply impressed with and I would like to learn from and get to know them better. Robert Bridgeman is one of those teachers that I feel a connection with and want to collaborate and befriend to support each other on our paths that are full of interesting challenges.
He is a teacher with many talents and someone from whom you can learn a lot!”