First watch this video explaining how an activation works

The Breakthrough Activation of Janosh

Janosh shows that being your best is not what you learn, but what is in your genes. Working as a graphic designer in advertising and without any experience in the spiritual field, he discovered in 2003 that he was clairvoyant. In a deep meditation his potential is activated, after which Janosh is able to perceive energies from one day to the next.

The most beautiful observations are colourful, geometric holograms, which Janosh begins to recreate on his computer. This is his initiation into a life as an artist, which Janosh seems to have been born for with his creative talents. Synchronous with this process is the route to the original source, namely the mysterious phenomenon of crop circles. To his great surprise Janosh copied a number of formations exactly.

The crop circles are an invitation for Janosh to go and investigate. He learns all about these geometric shapes, how they are thoroughly studied by scientists, and what inexplicable properties suggest that crop circles cannot possibly be man-made. This would be an extraterrestrial phenomenon, which is still unconfirmed because no one has conclusive proof of the source. This is because crop circles seem to appear from one moment to the next, with a complex, geometric shape as the only trace of the creator. 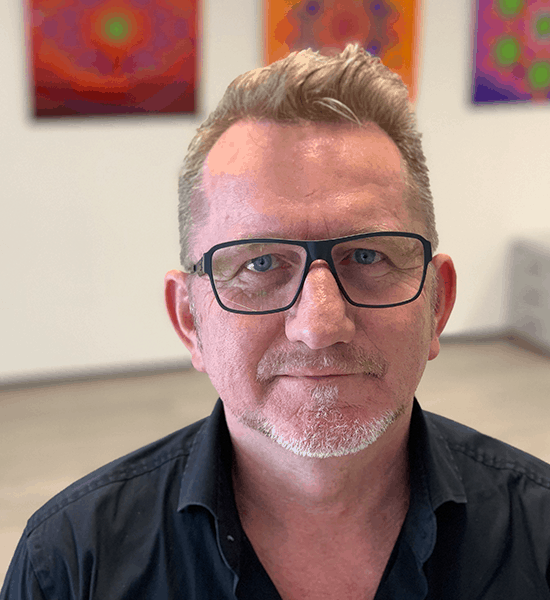 For Janosh, the crop circles are only part of the story behind his art. The reason he sees the same images is because the geometric formations are created by his galactic family, the Arcturians. One of them introduces herself as Saïe, a multidimensional light being who communicates telepathically. In conversation with Saïe, Janosh discovers that humanity is on its way to a great, cosmic turning point, which will take place in 2012. Then the energy on earth will change and we will be prepared to return to Source. It is the start of a reversal process: from the separation we experience as individuals back to the unity we collectively are.

The geometrical images Janosh receives from the Arcturians are in reality ‘codes’. They give us access to our subconscious and thus to our true potential. Certain parts of our DNA that have been damaged and/or snowed under during evolution can be repaired or reactivated using the codes. Janosh receives specific instructions from the Arcturians, with the assignment to present his art in such a way that it works for everyone. It results in a unique multimedia concept that Janosh calls an ‘activation’. In this visual spectacle, the codes are built up layer by layer, accompanied by special sound frequencies that help the information penetrate deep into the subconscious.

Fifteen years later, Janosh has designed over 140 codes – each code has its own frequency – and he travels the world with his activations. He has presented in over 15 countries and touched many thousands of people. In 2007 he was the first Dutchman to be welcomed to the United Nations headquarters in New York to give a presentation, an honour he was given again a year later. Online, Janosh speaks to about 3,000 people a month in a webinar, sharing an activation live. Furthermore, over the years he has published several books and designed maps based on his art, with interesting information about geometry, crop circles, ancient civilizations, the evolution of mankind and other related topics.

Janosh is a digital artist as well as a gifted healer. He has given thousands of private sessions, at home and abroad. He works together with his guides and applies his own technique to bring people more quickly to their spiritual core.