View all E-books by Robert

The E-books will be sent to you via Bridgeman.nl.

3 Tips for a clean living space

Do you also have that it doesn’t feel nice everywhere in your house? That you’d rather not be in certain rooms? That you feel you are getting tired of the energy in the house? That has to do with the energetic vibrations in your home. Everything is vibration, including emotions, thoughts, worries and regrets. We often think that these take place within us, but that is only part of the reality. Emotions like anger and sadness, energies like negative thoughts and beliefs, feelings like worry and fretting have a direct effect on your environment. If you have them a lot, you are going to feel a heavy energy where you are most; at home and at work.

This energy is often dark. When you express emotions, it’s okay to realize that they haven’t just disappeared. They’re not gone, they’re just moved. Emotions, blockages, traumas, thoughts, pain or anger, personality parts and entities are ‘energetic things’. So it may very well be that when these energies are expressed by others, you take them over yourself. It usually becomes visible because the air becomes ‘thicker’ as it were. Feelings of fatigue, restlessness and resistance can arise as well as the tendency to want to leave the space. So good cleaning on an energetic level is essential for a pleasant living environment.

Break through your blockages

Maybe you wonder why you are not happy when you have everything your heart desires. Or you may wonder why you keep making the same mistakes over and over again: why you keep behaving in such a way in certain situations that you get into trouble. Why deep down you feel empty.

No matter how you’ve set up your life, there’s always something you’d like to see differently. Something is wrong, but what? You’re trying to get it right and looking for answers. Maybe in self-help books, in courses you take or in workshops you attend.

You’re looking for yourself, but no matter what you do, you can’t seem to get to the core. Actually, that makes a lot of sense when you realize how much you have come to do from fear in the course of your life. Every human being has two basic fears:
1. The fear of not being loved.
2. The fear of not being good enough.

In this e-book Robert goes into more detail about ‘breaking through your blockades’.

Read the first chapter of the book ‘The Essence of Transformational Coaching’ here.

Are you interested in developing yourself as a coach? Do you want to grasp the essence of transformational coaching?

Transformative coaching is about self-development in its breadth. The whole person is approached holistically and work is done on a physical, emotional, mental and spiritual level. This form of coaching has been emerging in the Netherlands in recent years. 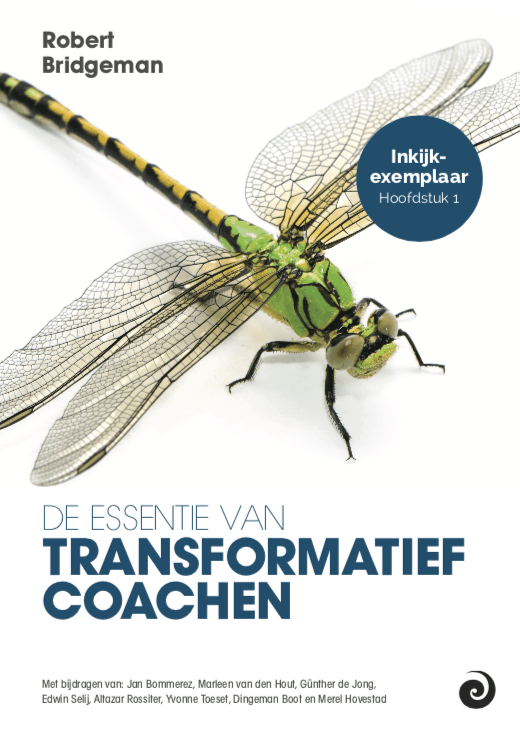 For many coaches, therapists and psychologists, cleaning the workspace is a daily chore. However, not all professionals are aware of the need for this.

Especially during the sessions where many negative emotions, blockages and pain are released, energy is released. This energy is often dark. When pieces are let go of, let there be the realization that they did not just disappear. Emotions, blocks, traumas, thoughts,
Pain or anger, personality parts and entities are ‘things’. Every human being has this kind of pain. Released energy and entities connect to it.

When these are removed from a person, it means that they change location. They’re not gone, they’re just moved! Take for example the methods EFT, Touch of Matrix and Sedona Method. They are exquisite for the above-mentioned pieces and they are known to generate a lot of ‘dirty energy’. Risks arise when the released energy is not transformed. For example, the professional may take over this energy himself.
Or colleagues, housemates or neighbours are burdened with it. What also happens a lot is that the next client takes over the pieces of the previous client. Moreover, negative energy often makes a room feel heavy. It is usually visible because the air becomes, as it were, ‘thicker’. Feelings of fatigue, restlessness and resistance can arise as well as the tendency to want to leave the space. So cleaning properly on an energetic level is essential for good practice! 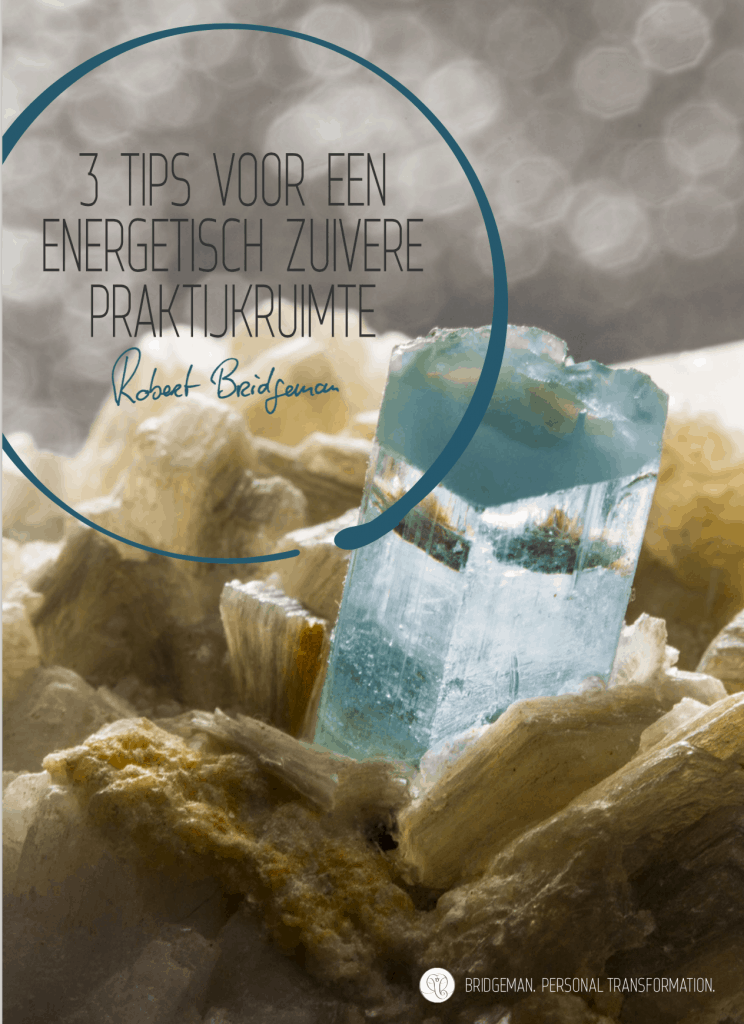 It's not too late

More and more people know how to find Bridgeman and me as a teacher. We get more and more questions about why we do what we do. That we help people optimize themselves and live more consciously is obvious. We have also developed all kinds of courses and training for this purpose. You will see us actively working with and for individuals and within organizations. At the same time, we also release documentaries on all sorts of subjects. And we also organise youth trips to Italy, for example.

What is Robert Bridgeman doing? Why does he and his team do so many different things? Where’s the focus? 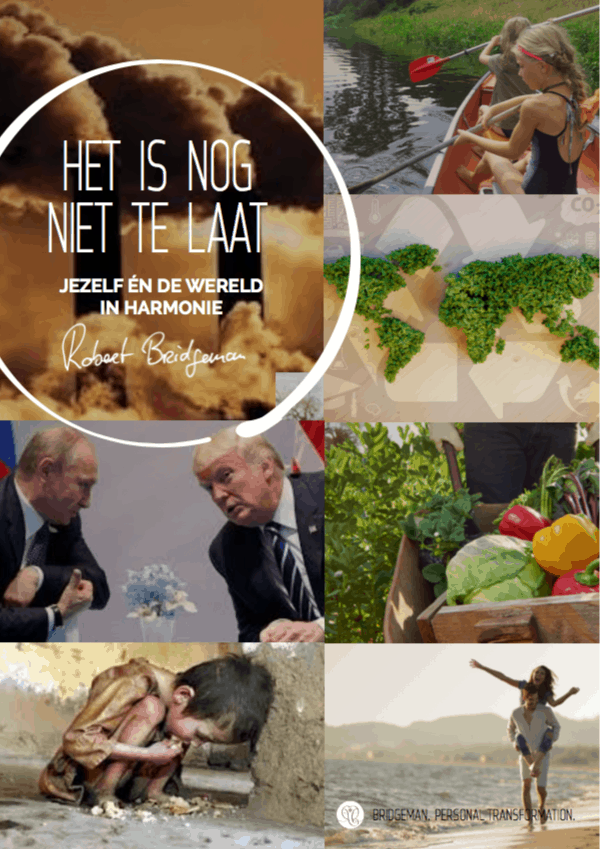 30 Dilemmas of people in their thirties

This e-book was written in collaboration with Kyra Joosen, Kyra was a wandering thirty-something and had many questions and didn’t know what she wanted. Now Kyra has it all together and is a successful coach.

It has been a lot of fun and Kyra has asked me a lot of questions. And I share those answers with you! Why? Well, today’s thirty-something doesn’t always have it easy. Chances are you’re thinking about things like:

In short, the life of the modern thirty-something is full of dilemmas, choices and doubts. All these possibilities bring stress. An every now-and-then guilt trip (I have everything, so why am I not 100 percent happy?) and that constant question: ‘Is this it?’

I have answered 30 questions from thirty-somethings about this in this e-book. Tips & tricks given from my own experiences and insights. Knowledge I gathered through the countless methods and techniques I researched over the years.

Are you almost 30 or just (or well) past it? Then I am sure that you too will benefit from this e-book! After all, dilemmas are of all ages and generations ?

Live like it's the third week of your holiday

13 strategies to make sure you’re more likely to live like it’s the third week of your vacation.

Think about your last holiday(s), the first week you are still full of everything that happened in work and private life, the second week you start to recover and the third week you come in a wonderful relaxation.

You live totally in the moment, can enjoy simply sitting down and reading a book and things that normally affect you don’t matter much anymore. You become a relaxed, judgment-free and kind individual who enjoys life intensely. The only fear you know is the fear of having to go home and back to work. Recognize it? In this free e-book 13 strategies to make sure you live more often like it’s the third week of your vacation! 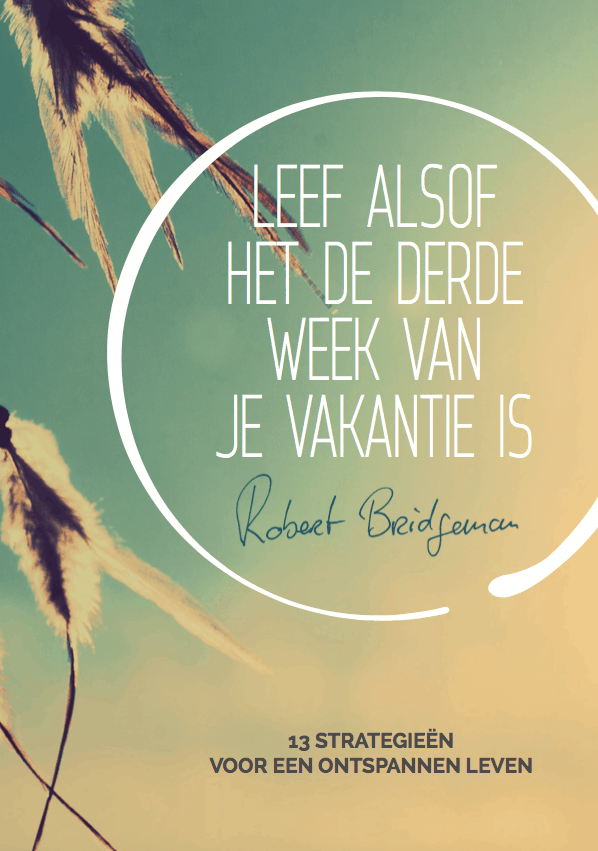