Humanity and planet Earth are in a major transition moment. For the first time in about 6,000 years a profound change is taking place in the collective human consciousness. In the past millennia this consciousness was based on fear, hierarchy, separation, power and greed. Since the transition year 2012 a new consciousness is on its way. A consciousness of love, wisdom, connection and compassion.

From the old fear consciousness, humanity has brought the planet and itself to the brink of collapse. Despite technical and scientific revolutions, there is unprecedented suffering on the planet.

Millions of people live in slavery; child and human trafficking reign supreme; the ecosystem is under pressure, animals are dying out and primeval forests are disappearing. It is time for humanity to awaken en masse to the new heart consciousness also called the Christ consciousness, or the 5th dimension. We as humanity are at a fork in the road and may choose between darkness and light, between taking and giving, between fear and love, from Homo Economicus to Homo Universalis.

The stake is the survival of man, nature and Earth and the TERRA NOVA, the New Earth. A world and humanity in harmony. 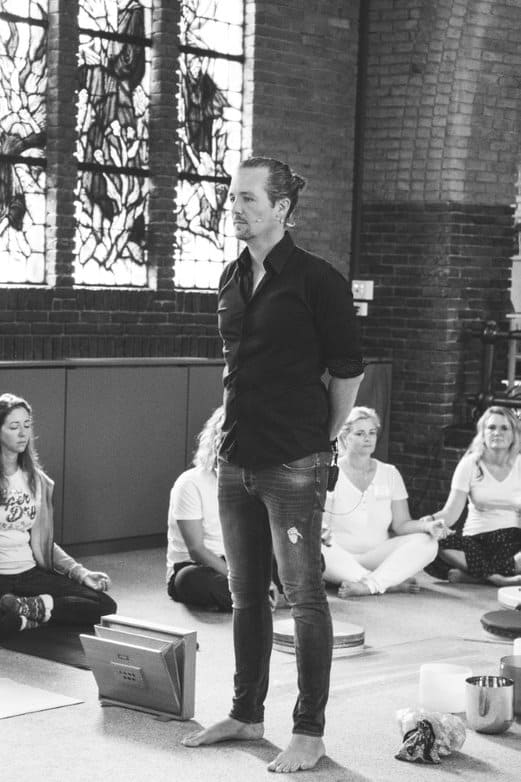 He meditated with meditation masters in monasteries and centres in India, Vietnam, Nepal and Thailand. And learned from Native American peoples. For thirteen years he was apprenticed to various shamans, mediums and healers. He studied for a year and a half with an energy healer in Thailand and for 10 years with various teachers, such as his Kabbalah teacher Koos Ris, his Buddhist meditation teacher Dingeman Boot and with the English Sourcer Altazar Rossiter. He also specialized in EFT, hypnosis, trance, breathing techniques, meditation and countless other modern transformation methods. He also immersed himself in Advaita Vedanta (non-dualism), shamanism, Tibetan Buddhism, the Gnosis and countless other movements.

Robert’s Bridgeman Foundation organizes hands on projects that contribute to a world in harmony. Robert is a multi TEDX speaker and has spoken and trained at organizations worldwide such as Google, KLM, SAP, PepsiCo, RTL, NOS, ING Bank, Rabobank and Engie. He has published six non-fiction books on spiritual development and will soon publish his first novel. He also made three internet documentaries that support his mission.

A personal note from Robert

I hope you don’t see the above as chest beating. I try to be open and vulnerable. Think of it as my coming out… Feedback and suggestions are very welcome.

I share it so that I can be completely in it from humility. This is the path I’ve been walking for the past 12 years. My aim is to contribute to a world in harmony. A humanity without suffering and peace on earth for all beings.

Robert draws his powers directly from the Source. He gained his knowledge and experience from spiritual masters and modern scientists in the country of origin. He is also in direct connection with the Universal Source. Enthusiastic and profound. Robert presents his findings and the applications in daily work and life with passion and wisdom. Combines tradition and science. Robert combines thousands of years of ancient wisdom with modern scientific facts. Clear and manageable. He puts complex spiritual and scientific concepts into plain language and intersperses his lectures with exercises and direct experiences so that the content is understood both mentally and on deeper levels. Lighthearted and with humor. Spiritualization does not have to be heavy and difficult. Robert brings his lectures with humor, dynamics and both feet on the ground.

There is no self. Identity is an illusion. 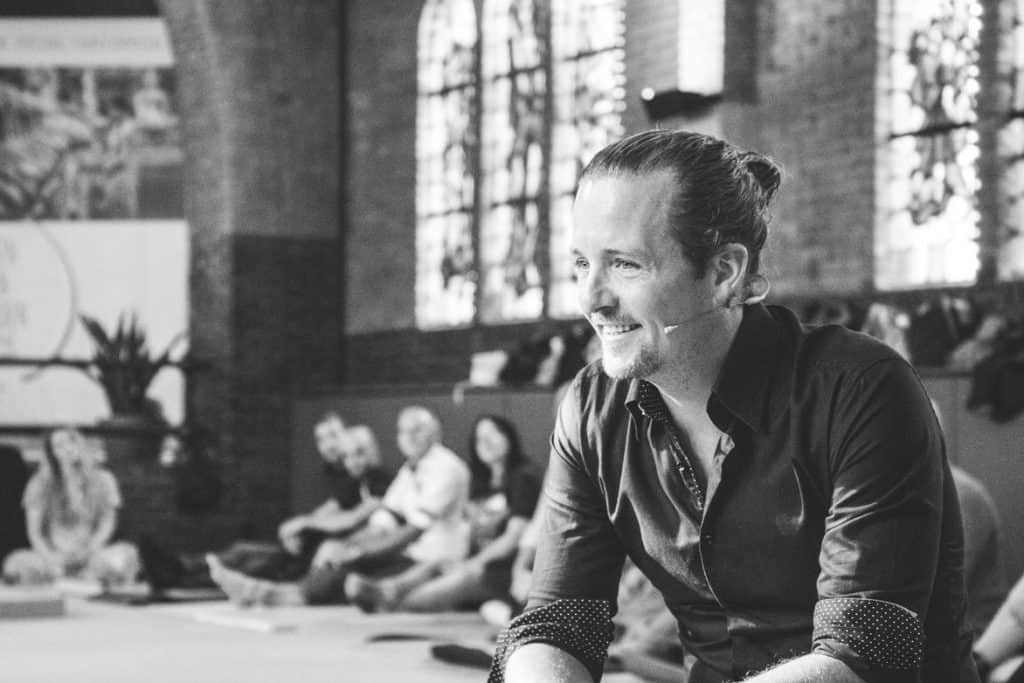 The increasing spiritualization of society is one of the major trends of our time. This translates into the daily lives of many people through meditation, yoga and personal development and has a direct impact on the organizations where people work.

How can your organization respond to the new awareness? What can we learn from the past and how does that translate into the future? Robert developed a series of lectures that contribute to a better understanding of current developments and provide the tools and insights to respond to this global movement.

Bookings go through Speakers for Good